Clean rooms are one of the most valuable tools in limiting contamination of sensitive scientific research, including manufacturing pharmaceutical items, integrated circuits, LCD, OLED and micro-LED displays.

Cleanrooms generally maintain extremely low levels of particulates, such as dust, airborne organisms, or vaporized particles. In the cleanroom, the quantity and size of airborne particles are controlled to limit contamination.

Cleanrooms typically have a cleanliness level quantified by particles per cubic meter at a predetermined molecule measure.

Introduction generation and retention of contaminants inside the space filtered airflow is controlled by cleanroom construction and operation. It is executed through high-efficiency particulate air or HEPA filters.

Clean rooms are classified based on the amount of allowed airborne particles in the room at any given time; the fewer particles allowed, the more precautions have to be taken to prevent contamination.

Clean rooms are classified under the ISO standard based upon the amount and size of airborne particles in a cleanroom at any given time. The ISO standard covers nine classes of clean rooms, with class one being the most pristine and class nine being the least clean. However, the direction of the air can also classify clean rooms

flow some clean rooms have horizontal airflow in which the filtered air enters at one wall in exits through an opposite wall.

Vertical flow cleanrooms provide filtered air from the ceiling, and the air flows downwards towards the floor.

Sources of contamination in a cleanroom

One must note that cleanrooms do not eliminate contamination; they control it to an acceptable level.

The GMP’s set out defining and controlling sources of particulates to prevent possible “microbial contamination”.

Personnel present in a cleanroom usually are the highest source of airborne particles and microbial contamination risk. There should be control over limiting the number of staff in a room within the cleanroom design.

How to enter in Clean-Room – 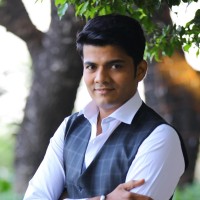 Hi, I am Nitesh, a Sales professional with 12 years experience. Handling western region and business development of SANC products.